I get asked often just what keeps me going, keeps me happy & keeps me sane after all these years of trying to become the physician I am today.  I have been described by many in my circle as one of the most relaxed people they have ever met. In a field where type A personalities are the norm & where every decision is life or death I tend to stand out like a sore thumb. Sometimes I think that all that I have done has been like one long dream & that one day I'm just going to wake up because it's almost too good to be true.
I realize that every day I wake up going to work in a career that I could only dream of when I was little. I wished I could have had the dream scenario where I just would have decided that I wanted to be a doctor, talked to a relative/friend who is also a doctor & after getting all the tips of the trade applied to a few schools & let the rest of the magic happen. Unfortunately, I had to travel a road with a little bit more bumps than I would've like to end up at this destination. I tell pre-med students all the time that it is not about how you get there(medical school), you just need to find a way because there are very few institutions as closed off to the general student body as medical school is. 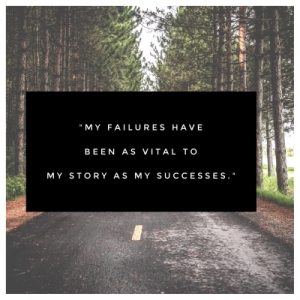 I remember when I first took organic chemistry, even before I could register for the course it was determined the “weed out” course for pre-medical students. According to all of the popular student blogs organic chemistry & physiology were the courses that were going to determine if a career in medicine was for you. So of course I failed the first time around, I mean I remember leaving the class in the middle of the semester because by that time I had given up on just about everything. It took everything in me just to not go ahead & change my major all together. At this time I didn't have a mentor to sulk to, just a few classmates who were now after a semester with the evil professor in the same boat as I was. I ended up taking it over again later on & thankfully passed that class as well as physiology & turned the experience into a nice personal statement for medical school which I was told was a big reason for acceptance(other than the show of support I got from a former alumnus – i'll save that for another blog)
Another memorable failure I previously documented. Take a look
It's these situations that give me peace today because I know that anyone of these could have changed my life completely. It's why with confidence I can tell that pre-med who might not have had the best grades or scored really high on the MCAT that it's ok & not the end of the world. One thing we a lot of physicians who have “made it” do is hold up a facade to the pre-meds as if everything was easy sledding. There isn't a profession of medicine I can think of that one of my classmates went into that I couldn't point out someone who struggled along the way. It's the reason why I am so relaxed these days, because I know that I have been through & have seen the worst of the worst that this profession has to offer & still I stand here today. My failures have been as vital to my story as my successes have been & that is something I wouldn't change for the world.