The life or death decision to become a Medical Mogul

Download now 5 Signs You Are Ready To Break Free 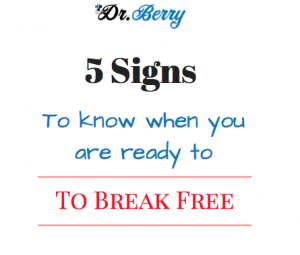 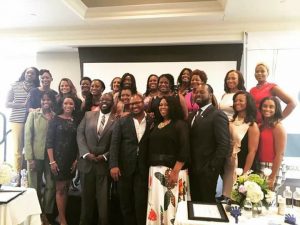 Here I am next to my coach Dr. Drai and my classmates.

So if you watched yesterday's Empower Yourself For Better Health Series I talked about how being comfortable in health care was killing us slowly so I wanted to take you guys on the journey over this past year where I got out of my comfort zone & took the step forward.
Last year around the summer I wrote about the transition from wide-eyed resident to established attending in the area of contract negotiations. I thought I was on top of the world and I would finally see all my hard work pay off since I started working at my clinic. I had become comfortable with my place in the medical community & in the hierarchy of the business aspect of medicine. It wasn't until I had to re-negotiate my contract that I even knew that there was a difference in how much I felt I was worth versus what the job felt.
That summer I would go on to re-unite with an old colleague Dr. Draion Burch, I would say it was by chance but sometimes faith/life happens the way it does. If you know Dr. Drai he will listen to all you have to say & just speak when he needed to. It was right then that the seed of becoming a medical mogul was born.

So we eventually came together to finish the deal, but my mindset had completely changed from that time forth. It was weird because at the time I didn't even realize that my mindset even needed to change. When talking with Dr. Drai we talked about what happiness meant to me & whether or not I would be 100% happy next year if no action was taking. So I became a medical mogul in training.
Some of you have been following me since my “blogger” days so you have seen the transition my blog has undergone to a full blown website, you have seen the Facebook lives episodes and if print media is your thing I also was featured in the black history month edition of Essence Magazine.  Now I say all this not to brag but to show you that I came a long way since my days running my blog in medical school but it wasn't until I got uncomfortable with the position I was in that I took it to the next level.In the eyes of many I had “made it” career wise but I wasn't 100% happy with all that it encompassed and it was right then I knew what doctors felt when they talked about becoming depressed with medicine. It was right there I decided that my love for medicine would die if I didn't make changes quickly.  That is when I set off on this adventure of becoming a medical mogul.
With the help (read push) of my coach I made concerted efforts to brand myself by taking the blog to the next level. I started doing my biweekly shows and then I decided to write my first ebook. Again if you would have told me that I would have done those things over the course of the year I would have called you crazy.
It has been an absolutely amazing year with the transformation that took place because I got uncomfortable enough to make the jump. Now I wish I could say that I am back to a comfortable position but I got a phone call that would change everything.
On the other end of the line was a friend of mines from medical school who wanted to know if I wanted a change of direction in my career field. I was still in this uncomfortable position where I knew I had to at least listen to the proposal. After a meeting or two the new position was offered to me but then I froze.
Since the summer of 2016 I had been getting in momentum for a change but I didn't know what type of change.  My book talks about different avenues I wanted to venture in but this position was totally out of the ballpark. Then I thought about what truly being uncomfortable means so I made the leap.But a leap doesn't come without its own consequences, because taking the leap would mean that I have to leave the ledge of comfort and most importantly leave the ones who have been following me throughout my practice to that comfort's edge. How could I leave my amazing office staff especially my medical assistant who has been there from the beginning? The decision weighed on me for some time but as time went by I knew that it was an opportunity that I didn't want to have to look back on it in a year out and be upset that I didn't take the leap when I had a chance.

So I jumped and will now serve as the Program Director of the Internal Medicine Residency For Wellington Regional Hospital. I am so excited for the new opportunity  but there are people I would like to  acknowledged
Talk about being uncomfortable.. Wish me luck
Please follow and like us: