The myth of the perfect physician

I am honestly not sure where the myth began, probably before I even knew that I wanted to be a physician but somewhere down the line the public has been led to believe that every physician in the world not only has excels as a physician but excelled as a medical student and even as an undergraduate student during their premed years.  This past week I came across a post by a medical student who very openly detailed her struggles getting into medical school.  Again I stressed this was posted by a current medical student, someone who was a few years away from becoming a doctor and not someone who wanted to go to medical school and wasn’t able to and the reaction from the two communities could not be more telling, and by two communities I mean those inside medicine and those outside of it.
It became obvious after reading several replies and comments that those outside of medicine have this belief that to be a competent physician you have had to have graduated at the top of your class, logged thousands of hours of community service, had the best letters of recommendations, completed tons of research and had top of the line board scores for entry just to get into medical school.

The negative reactions to her post were enlightening but not surprising because I have discussion in the past that as physicians we do a terrible job at talking about the bumps in the road on our journey to become a physician.  I have detailed previously on multiple occasions some of my failures and missteps on my journey to become the physician I am today and it is something that I am always adamant in discussing with my mentees and other premedical students. The facade of the perfect physician is one that the public has to hold onto because of the ridiculous expectations that are placed upon the physician. I “jokingly” say all the time that being physician is the only job where you are required to be right 100% of the time because in the case that you are not the decision could be life or death.
On the road to be coming physician you are to hold a lot of hyperbolic statements which for many serve as a deterrent to even want to pursue the dream to become a physician. You are told that you have to have straight A's, you are told that you have to excel in the sciences, you are told that you had to have the best board scores and if you do not obtain these things you are told that becoming a physician just isn’t for you.  I know a lot of people who started the journey as a premedical student with me who did not complete the journey because of what happened during their anatomy and physiology class, because of a misstep that happened during organic chemistry, because they had no mentors to guide them and say that a bump in the road is just that as long as you are able to get up and keep moving.
We have a saying in medical school “What do you call the person who finishes last in class in medical school.. a doctor” the saying could not be more true because the journey just to get into medical school is hard enough so if you are able to do that and actually finished medical school which is not a guarantee you should feel proud and not feel that you are lesser then. I will be honest, there are a lot of my former classmates who graduated near the top of the class who I would not send my worst enemy to see.  Being the best physician has never been about what grade you made during your undergrad years or how much research have you done but is always been about who takes care of their patients to best. I think we are fortunate that in this day and age where everything is a physician does is rated that there is not some public website that has a list of our grades out there for the public to see. I KNOW a lot of people would be surprised of the grades of their OB/GYN's, surgeons, internist, dermatologists, and pediatricians especially when they were a premed.

What makes the negative statements worse in my eyes is that people don’t understand how much of privilege it is to do be able to do research, they do not understand how much of privilege it is to be able to take board study courses, they do not understand how much of privilege it is to have tutors so you can excel in these high pressured science classes.  Again I am not joking when I say that I was told in undergrad that a C in organic chemistry meant that I could not be a doctor. I can tell you as a physician today the last time I have used any organic chemistry would have been during undergrad but still we perpetuate this notion of the perfect physician.
And I am not sure who to blame more here because those outside the medicine community wouldn’t have these beliefs if those inside the community didn’t make it feel that all physicians got straight A's but now I can see why they would act like that because who would willingly want to receive a similar backlash like the one this premedical student received. This medical student was open about her struggles and I commend her for it because I know that there are those who will read her story and realize that they also share similar struggles but to see that she made it will give them motivation to continue to press on when the obstacles seen insurmountable.

Recap my own failures 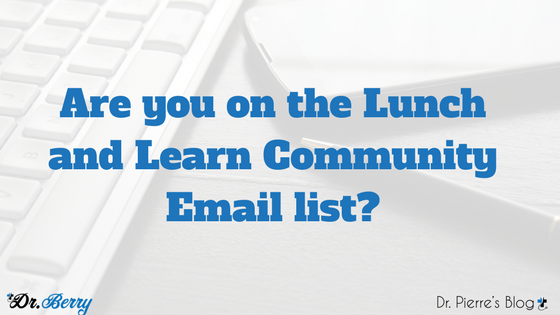