Its been a while since our last medical spotlight but to sets jump right in where we left off. I do have my powerpoint slides that I am giving to you because it goes into a bit more detail than I wanted to go with the blog today. Just click on any of the pictures that are on here. 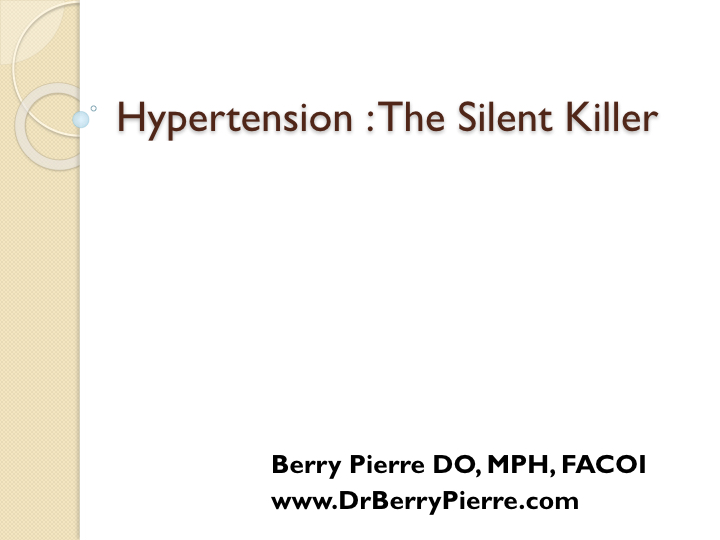 Hypertension by the numbers

As a primary care physician I am on the front lines in regards to high blood pressure, any Internists/Family Physician should be the main caretaker regarding blood pressure control especially in the beginning of the treatment course. Now thats not to say we don’t get help from our other specialities including cardiology (heart) and nephrology ( kidney) but they should never be your first call unless the reason why the patient has high blood pressure is a cause of it.
Also unfortunate is that these numbers only show the affects hypertension has had on the United States and I can assure you the numbers are any better in the rest of the world.
Global Phenomenon

Causes of hypertension are numerous primary (environmental or genetic) or secondary (vascular, renal or endocrinological causes)  as well as its treatment regimens. They all have to be tailored to the specific patient population.
Again I am giving out my Power Point Slides so you can read further more on the complications of hypertension, treatment regimens and get today’s post in a less wordy format.