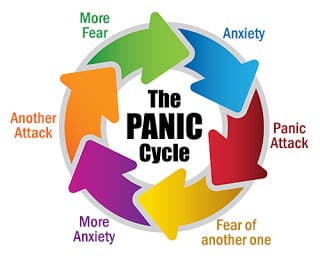 Back with another week of the “Medical Spotlight” segment. We will continue from our previous story of Sam the teen who was headed to school and gets pulled over.

Fortunately Sam leaves the encounter with nothing but a speeding ticket but it is definitely an experience that forever changes him. He continues on his way to school but he can't help to constantly look over his shoulder or in his rear view mirrors. It has gotten to the point that he can't even ride in the passenger seat without getting deathly afraid. Sam thinks he constantly hearing police sirens or seeing cop cars pull up behind him. It has been months since he was first pulled over but the fear still grips him. Since that time he has had to watched ten more people get killed during police stops and the fear that he is next has almost become paralyzing.  He becomes so fearful in leaving the house that he spends most of his free time home. Family & Friends have become concerned but really aren't sure what to do.
Topic of day is Panic Disorder
Here we have Sam who has left what should have been a routine traffic stop but he came away with a problem that is much more severe. He has been struck with immense fear which that he may one day end up at the wrong end of a police stop. We can see that his normal activities of daily living are starting to become affected as well.
To be continued next week. Lets talk about Panic Disorder
Panic Disorder
Unfortunately Panic Disorders are another common disorder I run into in my practice. Of course with our fictional character above the event that started it off was his run in with the police officer but I have had patients whose initial events ranged from :

Again as a clinician it is important to recognize these early symptoms in your patients and point them in the right direction for help there are lots of different ways to go about doing so.  You don't have to be a health professional to see how damaging this disorder can have on a loved one, encourage them that what they are feeling isn't “crazy” and get them the help that they need.
If you're in the south florida area you can see my wife who is licensed mental health counselor.  Day by Day Therapy
Please follow and like us: